THE HOUSE THAT CONTINUES TRADITION

The Song Dynasty was the ruling dynasty in China between the years 960 - 1279. It was typical in the history of fallen societies for the conquered rulers and followers to be executed, enslaved, banished, or forced into exile. It is in the history of the Song Dynasty that the Song family of modern-day Korea is rooted. In ancient times, there were no hard boundaries between present day China and present-day Korea. During these times, the Song family would travel between China and Korea as the present-day events influenced. The Song family was well known and highly respected in regard to their moral integrity and values. These reputations lead to the influence of martial arts into the Song family traditions. Xu Xuanping or Hsu Hsuan-P'ing was a very well-known practitioner of martial arts in ancient China. Xu Xuanping and Hsu Hsuan-P'ing are the Chinese to English translations. The Korean to English translation of the name is Hur Sun Pyung. Hur Sun Pyung was a practitioner of the martial art referred to as Chang Quan or "Long Fist". The Korean to English translation of this art is Jang Gwon. Jang Gwon is rooted in the traditional martial arts of the Shaolin Temple. The reputation of the Song family was such that Hur Sun Pyung passed his knowledge exclusively to the Song family. These teachings were preserved and passed on from generation to generation within the Song family traditions.

Over the centuries, the teachings of Hur Sun Pyung were maintained within the Song family traditions. These teachings were passed down through Song family member Song, Yuanqiao. The Korean to English translation of this name is Song, Won Gyo and Song, Won Gyo's lifespan is recorded as 1288 - 1370. Song, Won Gyo continued to preserve the family teachings and traditions and became a disciple of another master. This master's name was Zhang Sanfeng, the Korean to English translation is Chang Sam Bong. Chang Sam Bong developed an art that is referred to today as Tai Chi Chuan. Song Won Gyo was one of seven disciples of Chang Sam Bong. The seven disciples of Chang, Sam Bong:

A traditional name for the founder of an art is translated from Korean to English as "Moon Joo Nim". Chang Sam Bong was the Moon Joo Nim of Tai Chi Chuan. The Korean to English pronunciation of the art is Tae Geuk Gwon. Traditionally, a founder of an art would select one disciple to pass down the art. This person is called the Jang Moon in Korean. The Jang Moon would possess the best knowledge, character, and skill to maintain the purity of the art. Chang Sam Bong chose one Jang Moon, and that person was Song Won Gyo.

As Tai Chi developed, the art form divided into two major groups. One group was called the Southern Group and the second group was called the Northern Group. Nam Pa is the Korean to English translation for the "Southern Group" or "Southern Family". The Southern Group's art was called Geon Gon Pa "Heaven Earth Style" and is the art passed down by Song, Won Gyo. The Song family continued to pass down the teachings of the Nam Pa's Song, Won Gyo. The Heaven Earth Style was maintained by the Song family and continues to be passed down in its pure form. Grandmaster Song, Won Gyo wrote a book of Tai Chi Chuan titled "The Origin and Branches of the Song Style Tai Chi Practice". Song Won Gyo's states in his book, "The respectful Song family carries the tradition of the authentic Tai Chi style of Song Won Gyo". This book was written to maintain and pass the traditions within the Song family traditions. 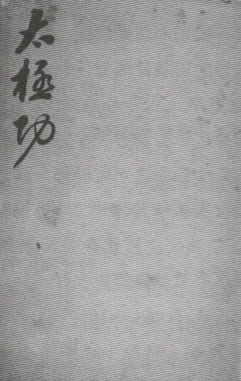 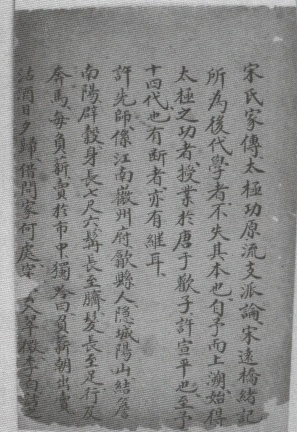 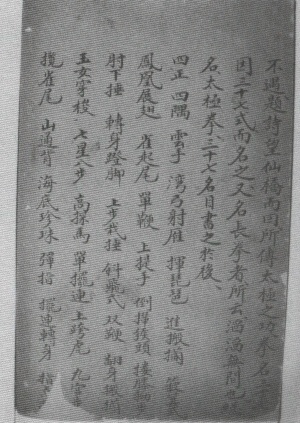 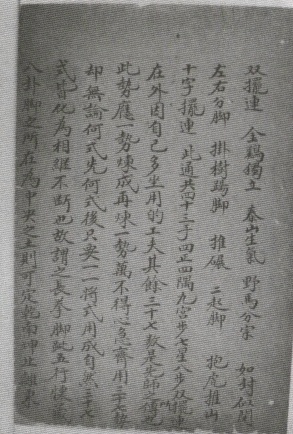 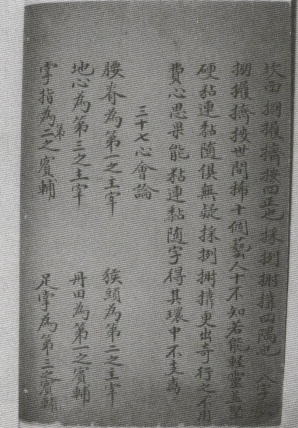 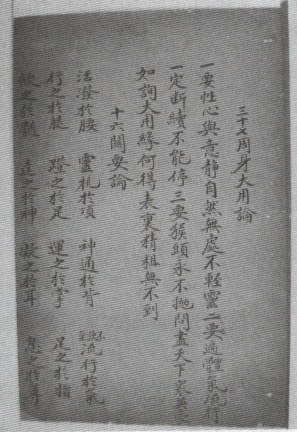 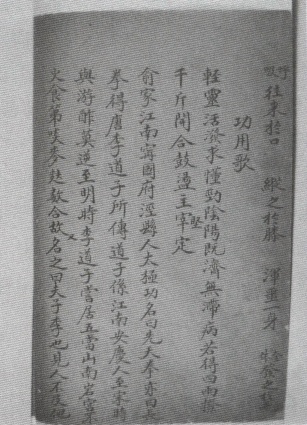 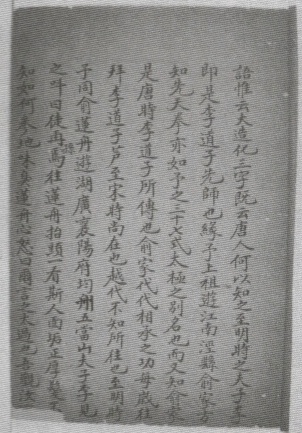 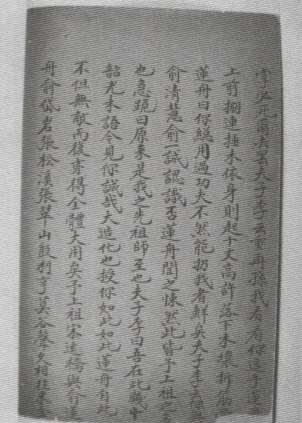 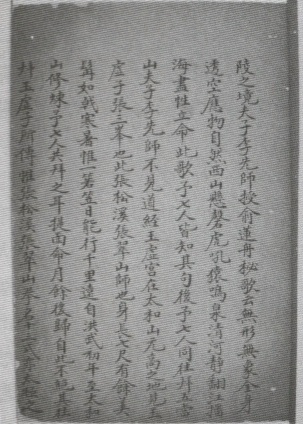 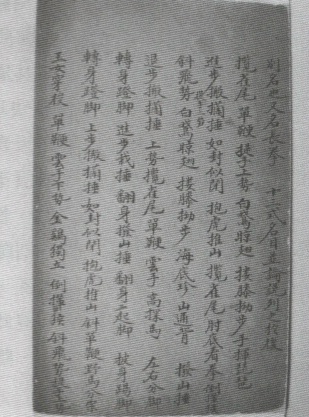 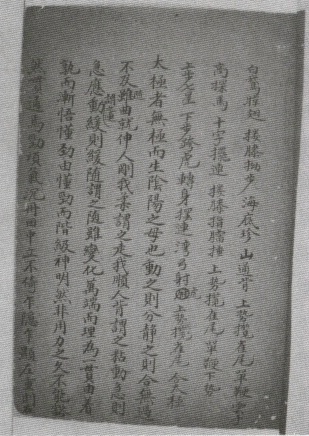 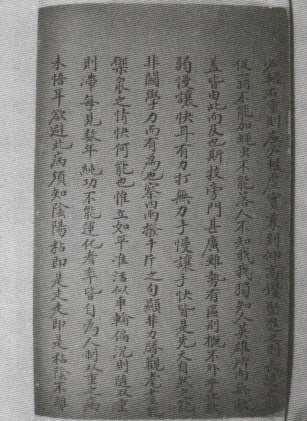 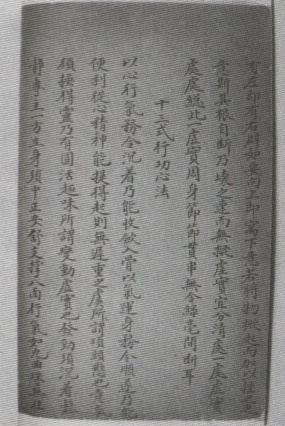 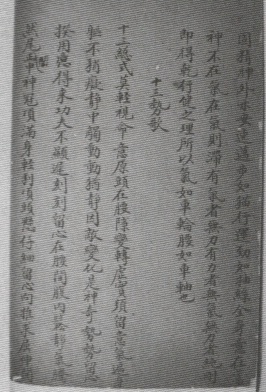 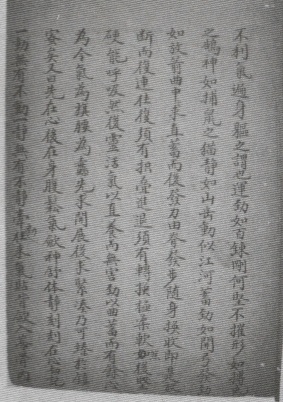 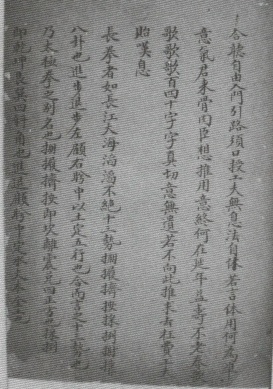 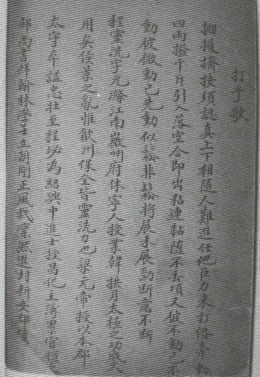 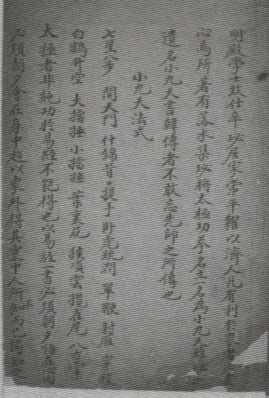 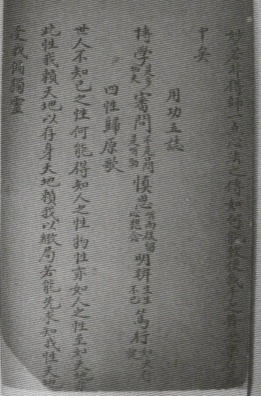 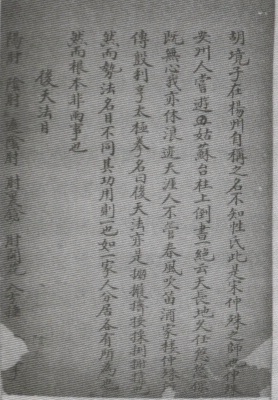 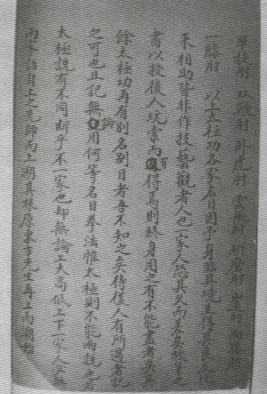 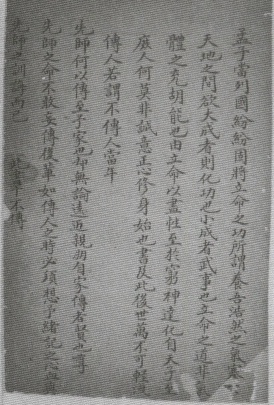 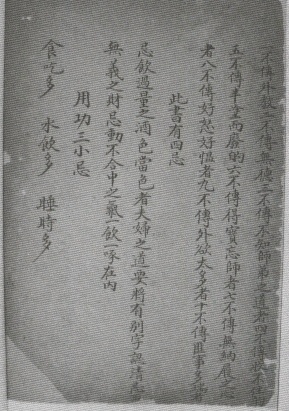 During the 13th Century in Korea, Neo-Confucianism became the dominant philosophy. One famous Neo-Confucian was a man named Chu Hsi. Chu Hsi is the Chinese to English translation of his name, the Korean name for Chu Hsi is Joo Ja. Joo Ja's writings on the Confucian classics became very well known and his school of thought became known as Joo Ja Hak. During the Joseon Dynasty of Korea, the Neo-Confucian school of thought was adopted as the official ideology. By the 1600's in Korea, the teachings of Joo Ja became firmly established. Conflicts eventually arose among great Korean scholars with the interpretation of Joo Ja's teachings. These famous debates lasted for many years and as a result there were factional strifes and deaths. One such famous debate involved Song family member Song, Si-yeol. Song, Si-yeol's was also known by his penname U-am. Song, Si-yeol lived from 1607 - 1689 during the Joseon Dynasty and served in many governmental roles over a span of fifty years. Song, Si-yeol was a promoter of the Korean interpretation of Joo Ja's teaching that was called Songnihak "The Study of Nature and Principle".

The next major development in the Song family martial arts traditions was by Grandmaster Song, Duk Soon. Song, Duk Soon lived from 1851 - 1922 and was a famous martial artist as well as doctor of eastern medicine. Grandmaster Song was a practitioner of the Korean martial art Soo Bak Ki, as well as the Chinese arts of Shaolin as passed down from Hur Sun Pyung and Tai Chi as passed down from Chang, Sam Bong. The integration of the traditional martial arts of Soo Bak Ki, Shaolin and Tai Chi by Song, Duk Soon became the official start of the Song's family martial art association translated from Korean to English as "Chun Seung". Grandmaster Song, Si-yeol's teachings of Songnihak are the root for the Chun Seung system of traditional martial arts. For this reason, Song, Si-yeol is considered the founder of the Song family's Chun Seung system. However, Song, Duk Soon created the official Chun Seung system of martial arts and passed these traditional concepts to his son and disciples. During the Japan occupation of Korea, Song, Duk Soon was a leader in the Korean opposition. It was because of his high martial arts skills that the Japanese could never capture the opposition leader. Especially the skills developed in the art of Chook Ji Bub. Chook Ji Bub is the Korean to English translation of the art that translated into English means "The Flying Art". Song, Duk Soon travelled back and forth between China and Korea during his life and he is specifically credited with preserving the pure forms of Shaolin and Tai Chi as previously mentioned. Song, Duk Soon was betrayed by one of his closest resistance members, captured and was executed.